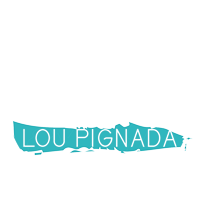 Tourism in the Spanish Basque Country

VISIT OF THE BASQUE SPANISH REGION

The geopgraphic location of our campsite in the Landes will allow you to discover the Basque Country.
Surf the beaches Arrietara and Atxabiribil in Sopela, rent a boat on the beach of La Concha in San Sebastián to venture into the shell-shaped bay, climb to the top of Mount Jaizkibel to enjoy a panoramic view of the sea. Bay of Biscay and the Bidasoa estuary from the ruins of San Enriqué Castle, don your hiking boots and take the GR38 trail to make a fabulous wine and fish route from Laguardia, rent a bike to ride along coastline or follow the route of the San Sebastián Classic, learn Basque basque or Basque strength games (throwing stones, cutting wood, shooting rope), relax on a golf course in a lush greenery …

The Spanish Basque Country is a land of magnificent coastal and mountainous landscapes and a vast playground where you will be able to realize many sporting and entertaining activities with family or friends.

CULTURE OF THE BASQUE REGION

For your next holidays in the Spanish Basque Country, you will be charmed by the culture of this beautiful region.
Impossible to visit Euskadi without going to a tapas bar to eat delicious pintxos. On the terrace or at the counter, they are generally savored with a craft beer or a glass of wine. You will see several kinds elegantly presented, sometimes dozens. Pintxos with serrano ham, eggplant and cod are among the must-haves, but each bar makes its specialties.

Difficult to grasp at first, the Basque language is one of the greatest signs of identity in the region and is placed in the rank of official language, just like Spanish. Enjoy your stay to learn a few words, traders and locals will thank you.

The Spanish Basque Country hosts major cultural events every year, such as the San Sebastian International Film Festival. For a complete immersion in Basque culture, enter the heart of San Sebastián during Semana Grande and attend the Virgen Blanca festivities in Vitoria in August.

The region is also famous for its traditional dances such as kaxarranka, ezpatadantza and arku datza, which can be seen during processions and various festivities.

PLACES OF INTEREST IN THE BASQUE COUNTRY IN SPANISH TERRITORY

Characterized by its astonishing modern design, the Guggenheim Museum Bilbao is the jewel of the cultural heritage of the Basque Country. The capital of Bizkaia is also home to a beautiful cathedral (Santiago Cathedral), several churches (St. Anthony, St. Peter, St. Nicholas, St. Francis of Assisi) and many beautiful buildings such as the palace Chávarri.

In San Sebastian, you will marvel at the view of the Cathedral of the Good Shepherd and the castle of Mota built on Mount Urgull, between the city and the Cantabrian Sea.

The Spanish Basque Country is dotted with beautiful cities combining tradition and modernity, and extraordinary monuments: the fishing village of Hondarribia with its colorful houses and its medieval center, Laguardia with its cobbled streets and cellars, the hermitage of San Juan de Gaztelugatxe overlooking the sea which only the access deserves ample detour, the sanctuary of Loyola … Finally, culture lovers will take pleasure in straying into the avenues of the museums of Vitoria-Gasteiz: Artium museum, Armory museum of ‘Alava, Museum of Natural Sciences of Alava …

Your itinerary could include: experiencing the spirit of Spain with a lunch of tapas (“pintxos” in Basque) in Hondarribia, only a 15-minute boat trip from the town of Hendaye, a tour of Bilbao’s cultural attractions, including the famous Guggenheim Museum, or time spent exploring the magnificent city of San Sebastian with its rich history and cosmopolitan atmosphere!

We’d be delighted to recommend the “stand-out” attractions which you simply cannot miss! For more information visit:
Tourisme Euskaid

As we say in Basque: Ongi Etorri! (Welcome!)

We use cookies to offer you the best experience on our site.

You can find out more about the cookies we use or disable them in settings.

To help us better understand how our website is used, we work with Google Analytics.

We use Tawk To's third-party cookies to give you the opportunity to chat directly with us via a chatbox.